Hackensack Meridian Health Theatre is set to host piano and orchestral master Ben Folds on Friday 2nd September 2022. Folds added new dates to its In Actual Person Live For Real Tour, which will kick off on 1st April 2022. His much anticipated North American trek will run till September with his last gig at Count Basie Center for the Arts on 3rd September 2022. Ben Folds will be performing at numerous notable locations, including Nashville, Detroit, Boston, San Francisco, Port Chester, and some others as well. Folds is renowned for putting up incredible live performances, so fans cannot wait for the upcoming concert. These solo piano performances by the great will be a treat to watch. Hurry up and book your tickets right away because demand is already on the rise! 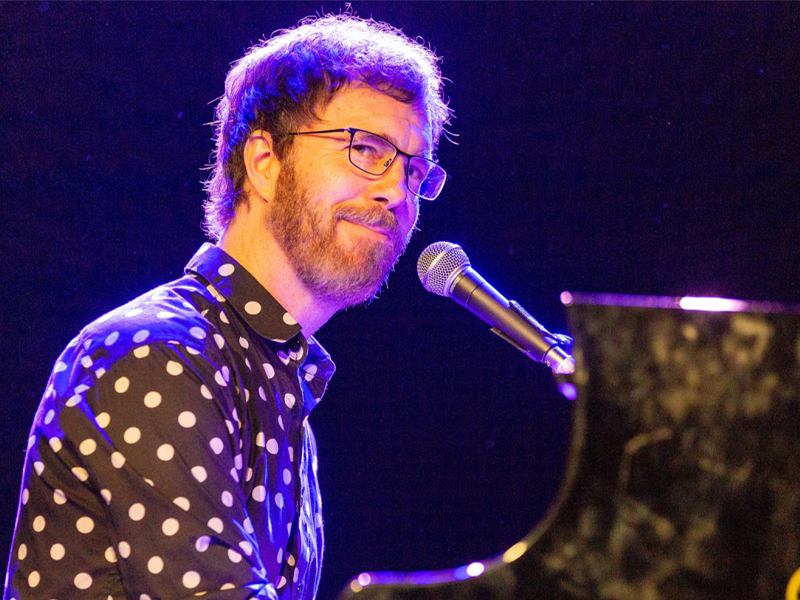 Benjamin Scott Folds, professionally known as Ben Folds, is an American singer, songwriter, composer, musician, and record producer. He started his commercial career as an alternative rock and power pop pianist with his self-started band, the Ben Folds Five. The band got disbanded in the 2000s and reunited in 2010. In the gap of 10 years, Folds produced a number of solo albums and also collaborated with popular musicians such as William Shatner, "Weird Al" Yankovic, Regina Spektor, and yMusic. He also performed in multiple Cappella groups and symphony orchestras as well. Ben Folds also showed his muscle to the film industry and produced and arranged music for the American animated films Over the Hedge and Hoodwinked. Folds has also helped many aspiring musicians in making and releasing music, such as Amanda Palmer's debut solo album.
Benjamin Scott Folds has become one of the greatest resources for the piano world. He has given a lot to music and his efforts have a great impression on the industry. Fold also served as a judge at the Cappella contest on the NBC network named The Sing-Off. Currently, he is also serving as an advisor at the National Symphony Orchestra, Washington, D.C., the first-ever artist to do so. Ben Folds has his name on the North Carolina Music Hall of Fame and a star on the Music City Walk of Fame. Do not miss the golden opportunity of catching the icon live and book your tickets ASAP!