Indigo Girls comes to Hackensack Meridian Health Theatre on Sunday, 4th December 2022, as part of their extensive 2022 touring routine. Their summer tour began on 25th April and continued until 15th October and featured performances in notable cities including Nashville, Bristol, Berkeley, Seattle, Morrison and more destinations. Their supporting roster saw plenty of names, including Ricki Lee Jones, Brandi Carlile, Sarah McLachlan and Neko Case as other headling acts of the tour. This year has been one of their most extensive touring years, as the folk duo has been performing since March and the performance extends until the end of the year. Catch them live at the Hackensack Meridian Health Theatre on Sunday 4th December, by getting your tickets right now! 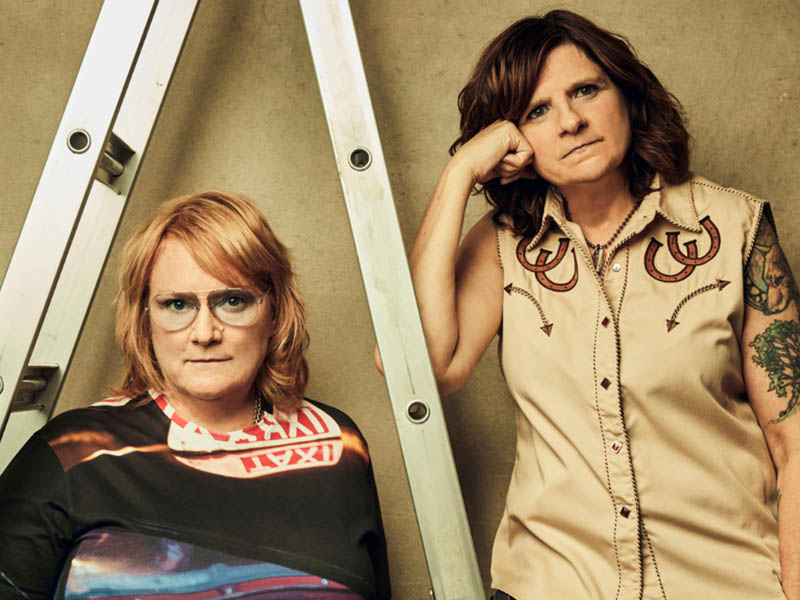 The duo has spent a major part of the year supporting their 2020 album, Look Long. Look Long came out in Apil 2020 and has been a massive hit since then. It received widespread praise from music critics, and fans have been excited to hear it live. Look Long is the duo’s sixteenth studio album and aims to tell the brand’s origin story. Amy Ray and Emily Saliers have celebrated a career that spanned more than 35 years, and now they’re telling the fans how they came together to become such a huge success.
The band’s first major label record was released in 1989 and sold more than two million units. IT FEATURED some Indigo girls’ classics such as “Closer to Fine” and “Kid Fears”. What started from humble beginnings has turned out to be a global sensation, and Indigo Girls is one of the most successful folk duos in American music history. They have played and performed at some of the biggest stages in North America and are looking to put up another stellar performance on 4th December. They are renowned for their jubilant live performances, where each fan always knows the lyrics to all of their tracks. Don’t miss out on this special performance and catch Indigo girls live at the Hackensack Meridian Health Theatre. Hurry up, before all tickets are sold out!