John Petrucci comes to Hackensack Meridian Health Theatre on Wednesday, 12th October 2022 as part of his upcoming North American 2022 Tour with Drummer Mike Portnoy. The tour begins on 5th October in Providence, Rhode Island, and wraps up with a final performance on 17th November in Toronto. The American guitarist will perform at several notable destinations throughout the trek, including Atlanta, Nashville, San Antonio, Los Angeles, New York and more. The 28-date trek is highly anticipated by all Petrucci fans, and ticket demand has risen rapidly since the tour announcement, with pre-sales in full swing. Petrucci and Portnoy’s reunion makes this a special occasion for Dream Theater fans. Catch them live at the Hackensack Meridian Health Theatre on 12th October by getting your tickets right now! 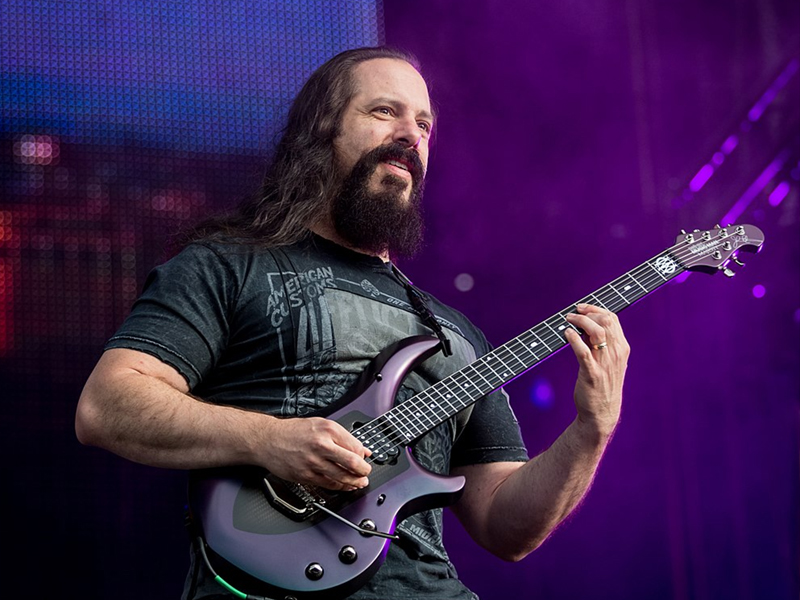 John Petrucci and Mike Portnoy will share the stage after nearly twelve years since Portnoy departed from Dream Theater in 2010. In 2020, the two had their first collab since 2010 when the duo recorded Petrucci’s “Terminal Victory” together. Meanstreak will provide support throughout the tour, which features Petrucci’s wife, Rena and Portnoy’s wife, Marlene. The all-female thrash metal band is known for some incredible performances throughout their career, and fans will be expecting more of the same!
Petrucci is best known for founding Dream Theater, one of the most progressive metal bands in America. Mike Portnoy was a major part of Dream Theater until he left in 2010. Petrucci has also released two hit solo albums, Suspended Animation and Terminal Velocity. Terminal Velocity came out in 2020 and saw Petrucci working once again with longtime partner Mike Portnoy. The duo shares incredible chemistry, and fans love when they get together to produce or play. This is a very special tour for all Dream Theater fans who will be seeing their favourite line-up together once again. Petrucci will be displaying his amazing variety of guitar skills, especially the high-speed alternate picking that gets the crowd going every time. Make sure you buy your tickets right now because demand is high and they could be sold out very soon!