Patti Smith and Her Band Tickets

Patti Smith and Her Band comes to Hackensack Meridian Health Theatre on Saturday, 17th September 2022. The artist is on the road this spring and summer with shows in Europe and U.S. She had to add additional dates to her existing schedule owing to the increasing demand. This performance is part of the XPoNential Music Festival which features other notable artists, including Nathaniel Rateliff & The Night Sweats, Bartees Strange, Felice Brothers and many more. Patti Smith and her band will perform on 16th and 17th September and it is expected to be a full house. The artist has had a very busy year, with several performances in U.S and Europe. Her fans have reciprocated the love at each performance, filling out most of the venues she has been to and the performance on 17th September is expected to have a similar response. Get your tickets right now before they are sold out! 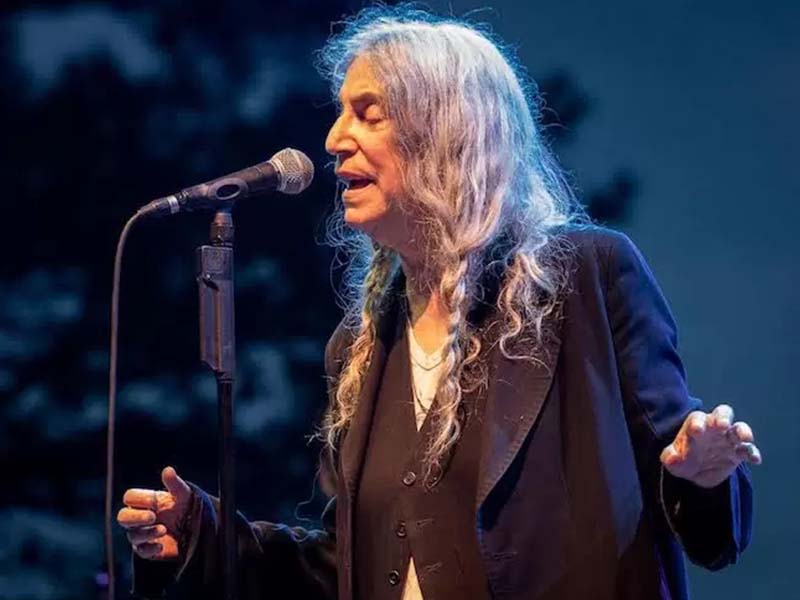 Everybody knows what a legend Patti Smith is, and with her band, she will be playing at the Hackensack Meridian Health Theatre on 17th September 2022. The American singer, songwriter and author is credited as an influential figure in the punk rock movement in the 1970s. She arrived at the music scene in 1975 with her debut album, Horses. She is known for mixing poetry in her work, and producing some incredible tracks throughout her career. Her single, “Because the Night” with Bruce Springsteen, reached number 13 on the Billboard Hot 100 in 1978 and became one of her breakthrough singles.
In 2010, Patti Smith was ranked 47 on the list of 100 Greatest Artists for her massive contributions to the music industry. She also received the Polar Prize in 2011. Patti Smith, even after a career spanning more than four decades, is enthusiastic about performing live. Patti Smith and her band are always expected to put up a lively performance, with the artist taking charge and leading the way with her mind-blowing vocals. Catch her live at the famous Hackensack Meridian Health Theatre on 17th September by getting your tickets right now. Hurry up; ticket demand is rising and might be sold out very soon!