Violent Femmes comes to Hackensack Meridian Health Theatre on Saturday 22nd October 2022. The folk punk legends have announced plans for their 2022 North American tour, which begins on 1st October in Kansas City and wraps up on 28th October in Atlana. It touches down major notable venues throughout the trek, including a five-date run in New York from 10-14th October. The band’s last album was released in 2019. The album, Hotel Last Resort, was released to critical acclaim and gained widespread appreciation from the band’s hardcore fans. Catch the folk punk legends live at the Hackensack Meridian Health Theatre on 22nd October 2022 by getting your tickets right now! Hurry up, before all of them are sold out! 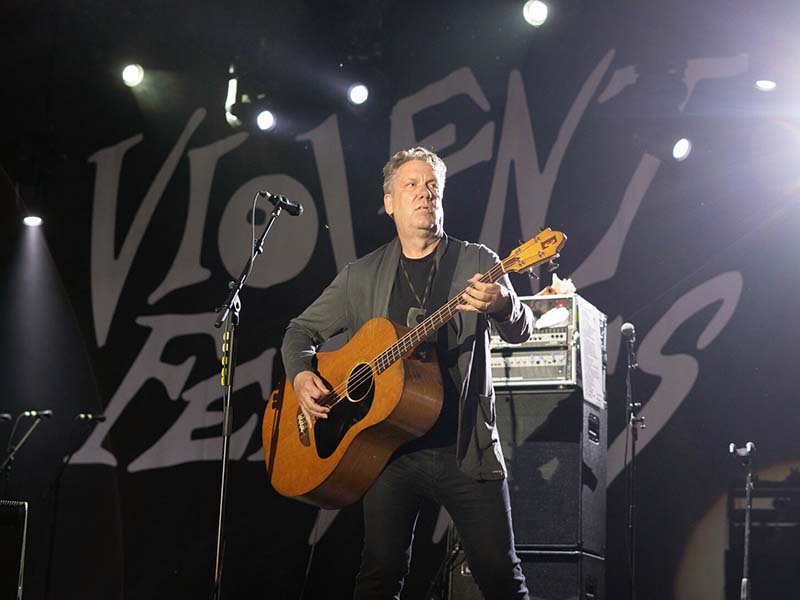 The American band from Milwaukee, Wisconsin, is set to put up some enthralling performances as part of their 2022 tour. The band has released ten studio albums and fifteen singles throughout its career. They got widespread acclaim from their debut self-titled album, released in 1983. Since then, by 2005, the band had sold more than 9 million albums, becoming one of the most successful rock bands. In 2016, they released their first album in 16 years named We Can Do Anything.
Violent Femmes reunited in 2013 at the Coachella Valley Music and Arts Festival. They put up some great performances and decided to record new material thereafter. They began playing worldwide, with several sold-out performances in Australia. In 2019, they released their latest album, Hotel Last Resort, and fans will get to hear plenty of music from the record on their upcoming performances. They have a major reputation for being a great live music act, and fans love how they bring so much energy to the stage. Their hardcore fans have dearly missed them on stage, and this is the perfect chance to see them live again. If you want to see Violent Femmes live in concert on 22nd October, you need to hurry up and buy your tickets ASAP before they are all gone!