Blue October comes to Hackensack Meridian Health Theatre on Tuesday 22nd November 2022, as The San Marcos-based alternative band recently announced their North American Tour dates. The tour kicks off on 23rd October from Beaumont, TX and includes notable performances in Phoenix, San Diego, Portland, Charlotte and other destinations. The band consisting of Justin Furstenfeld, Ryan Delahoussaye, Will Knaak, Matt Noveskey, and Jeremy Furstenfeld, will wrap up the trek with a final performance in San Antonio’s Techpoint on 17th December. They also performed with Goo Goo Dolls this Summer, a highly anticipated collaboration that was initially scheduled for 2020. Catch Blue October live in concert at the famous Hackensack Meridian Health Theatre on 22nd November 2022. Get your tickets right now before they are sold out! 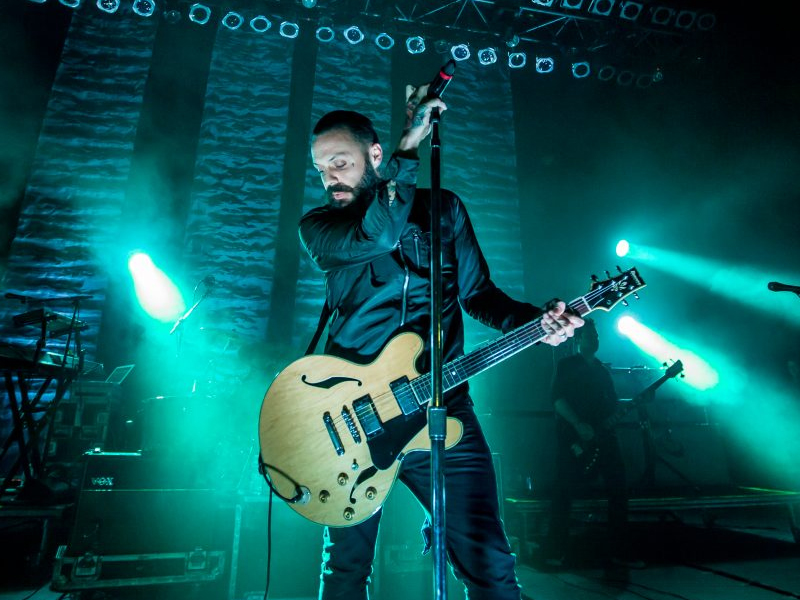 Blue October’s latest release, This is What I live for, has been a massive hit since its release in 2020. It included some top singles such as “Fight for Love” and “Moving On” and the top 10 hit, “My My”. The band announced the release date of two more albums, with one due to arrive this year in October and the next scheduled for March 2023. Fans are pretty excited about their new music, but they also want to experience their live performances. Ticket demand has risen rapidly since the tour dates were announced.
The Houston-based alternative band was formed in 1995 and has released eight hit studio albums. The band had seventeen singles reach top 40 charts and are most famous for two of their hit 2006 tracks, “Hate Me” and “Into the Ocean”. These two fan favourite singles were part of their 2006 platinum album, Foiled. Blue October also maintains a reputation of being a great live band, that brings immense energy to the stage. If you’re in the audience, you will definitely get the experience of a lifetime. Rock fans should miss out on this special occasion and if you’re one of them, buy your tickets ASAP for Blue October’s concert on 22nd November at the Hackensack Meridian Health Theatre.