Pat Benatar & Neil Giraldo comes to Hackensack Meridian Health Theatre on Sunday 3rd July 2022. Pat Benatar, the rock n roll icon of the 1980s, will be on an extensive tour with her husband, Neil Giraldo, and other special guests. Benatar will be performing some of her greatest hits, and fans her excited to see her back on stage. The duo have been performing across the country for over three decades now. They will be back for another iconic tour that begins on 22nd May from Pompano Beach, Florida and concludes at the beginning of September at Rancho Mirage, California. If you want to catch the iconic duo live, make sure you get your tickets right now before they are gone! 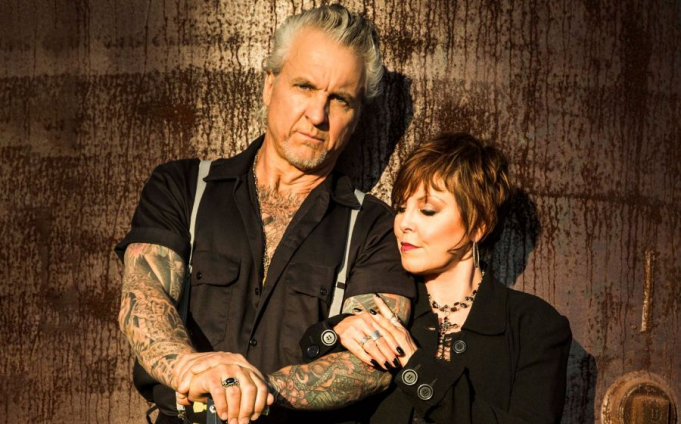 Two Time Grammy award winners Pat Benatar & Neil Giraldo will deliver stellar performances across the U.S on their 2022 tour. Fans would be demanding them to play some of their biggest hits such as “Love is A Battlefield”, “Heartbreaker”, and “We Belong”. The tour supports their latest album release, Get Nervous, which they will be playing live for the first time!
The duo will be celebrating the mark of their 30-year-old career. They are one of the most beloved couples in the American music industry who have supported each other through all walks of life. The two make a fantastic combination. With Benatar’s fabulous vocals and Giraldo’s trailblazing artistry as a guitarist, they deliver some of the most special performances around. Together, the couple has created two multi-platinum, five platinum and three gold albums, including 40 singles featured on the Top 40 hits. Benatar is also recognized as an influential figure who blended pop and rock in the 1980s to create some of the most iconic sounds of the decade then. Catch Pat Benatar and her husband Neil Giraldo live at the famous Hackensack Meridian Health Theatre on 3rd July 2022. Make sure you buy your tickets right now before they are sold out!